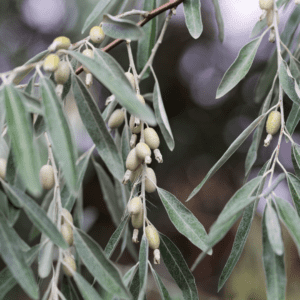 HMI requested a brief discussion on salt tolerance in woody plants. I started my career at the University of Illinois, Urbana, in 1972 after graduation from the University of Massachusetts. While a student at UMass, I was introduced to Acer saccharum, sugar maple, decline, at least partially attributable to deicing salts. The conundrum has always been that people demand safe highways and healthy trees. There were many research papers on the subject, particularly from UMaine researchers. The decline, manifested in stagheaded sugar maples, was reported as early as 1917 in Massachusetts. The decline was not solely attributable to deicing salts but myriad interactive factors including drought, insects, diseases, and certainly salt. An updated review (2018) of Maple Decline: various factors is available at www.plantclinic.cornell.edu/factsheets/mapledecline.pdf.
At Illinois, I visited with the highway personnel in the Chicago area. Many of the trees along the freeways were stag-headed/witches-broomed, particularly the side closest to the highway where aerial salts were deposited on the stems and resulted in dieback and miserably mis-shaped trees and shrubs. At the time I was constructing lists of trees/shrubs, good (not many) and bad (many) along the freeways, a rare grass surfaced in the ditches/swales where salt runoff accumulations reached 5%. For comparison, seawater is 3.5% salt, largely NaCl. Puccinellia distans, alkaligrass, was identified, and resulted in the commercial cultivar ‘Fults’. This development was carried out by Colorado State researchers. Point being salinity can change the ecology of an area.
Many Malus, crabapples, and Crataegus, hawthorns, were planted and none showed resistance. Gleditsia triacanthos f. inermis, honeylocust, and Elaeagnus angustifolia, Russian-olive, were in good health. Why the disparate performance when all trees/shrubs were subjected to similar levels of deicing salts. The penultimate question, and I conducted many greenhouse experiments to understand the mode of action of salt. Salt damage occurs from aerial deposits, soil salinity, and combinations. Honeylocust was the initial test plant based on freeway performance and proved quite remarkable in its ability to avoid accumulating high concentrations of sodium or chloride. I speculated the salt tolerance to the inability of Na and Cl ions to penetrate the waxy stems and protected buds of dormant trees. I did not record a single honeylocust on the highways with the witches-brooming common on most trees. Soil applications to honeylocust resulted in severe injury. Shoot content of chloride was a reliable index to the degree of salt injury, because the greater the tissue Cl, the more rapid was the onset and the more severe the injury. See HortScience 9:53-54. Tolerance of honeylocust seedlings to soil-applied salts. 1974.
I screened many needle evergreens and the same Cl relationship was evident. Needles of Pinus strobus, white pine, and P. thunbergii, Japanese black pine, were treated with foliar-applied salts to runoff. White pine was severely injured with 4% needle Cl; Japanese with less injury and 2% needle Cl. Anatomical investigations showed Japanese black pine had thicker cuticle (waxy covering) and the subepidermal cells were heavily impregnated with thickenings, thus more resistant to aerial Cl penetration. On Cape Cod, P. thunbergii has naturalized at the Truro Highland Lighthouse area were exposed to full force of the Atlantic. Townsend and Kwolek (J. Arb. 12: 25-228. 1987) evaluated susceptibility of thirteen pine species to sodium chloride spray. Pinus thunbergii was most tolerant; P. strobus least. Overall, species with lowest Na and Cl levels were the most tolerant.
In all my research, the chloride ion always proved most lethal; sodium less so. Comparative studies with potassium chloride (KCl), calcium chloride (CaCl2), and sodium chloride (NaCl) definitively pointed to Cl as the toxic element.
Many salt tolerant tree and shrub lists are available on line. The Journal of Arboriculture research publications are available. My “Selections of trees for tolerance to salt”, J. Arb. 11:209-216 is a solid review of salinity and woody plant injury and includes a listing of salt tolerance (good, moderate and poor), for 134 genera and species.
Since moving to Georgia 42-years ago, the salt research ceased but when I visit the coast, the effects of salinity are evident on the native as well as the introduced ornamental woody plants. Live oak, Quercus virginiana, is considered salt tolerant. However, many specimens facing the ocean have been sculpted by salt spray. I believe that any woody plant is susceptible to damage depending on the concentration and length of exposure.