A beautiful maple, resoundingly/photogenically magnificent in shades of orange and red in autumn. Colors long persistent, from initiation to the crescendo, easily 3 to 4 weeks. Although Acer griseum receives the majority of garden accolades, this is the most adaptable, cold hardy, heat tolerant and reliable. In truth I love both, also certainly Acer maximowiczianum and Acer mandshuricum, all affectionally documented as the tri-foliate maples. 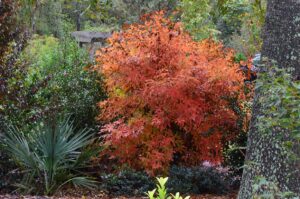 The Dirr garden houses two pretty Acer triflorum specimens, one now three-trunked, due to me dropping a water oak, Quercus nigra, dead center. But it regrew and self-morphed into a pretty multiple-stemmed tree. Most trees in cultivation are single-stemmed with an oval to rounded crown. I believe the multiple-stemmed version is better purposed to display the exfoliating ash-brown, tan to orange-brown bark, much in the same fashion as river birch.

The species ranges from 20 to 30’ high and as wide under cultivation. Largest trees I know are positioned by the visitor center at the Arnold Arboretum. There is a 30’ plus tree on the Maine campus, Orono which has consistent beautiful orange-red fall color (see photo). Even young trees are quite full and uniformly branched. Certainly, beautiful as a specimen but in groupings of three to five, the effect is powerful, especially against evergreen backgrounds provided by pines, spruces and firs.

The leaves emerge caramel-colored with hints of red, maturing mid-green, developing the long persistent fall colors from mid-November to mid-December in Athens, GA. Called three-flower maple because the yellow-green flowers occur in 3-flowered cymes with the emerging spring foliage. Fruits are samaras with hard, bony nutlets and the attendant flattened, prominently veined, curved wing. Unfortunately, fruits are often void (without viable seed). Seed dormancy is complex and it takes two or more years of warm: cold cycles to facilitate germination. This is the reason the species is scarce in everyday nursery production. 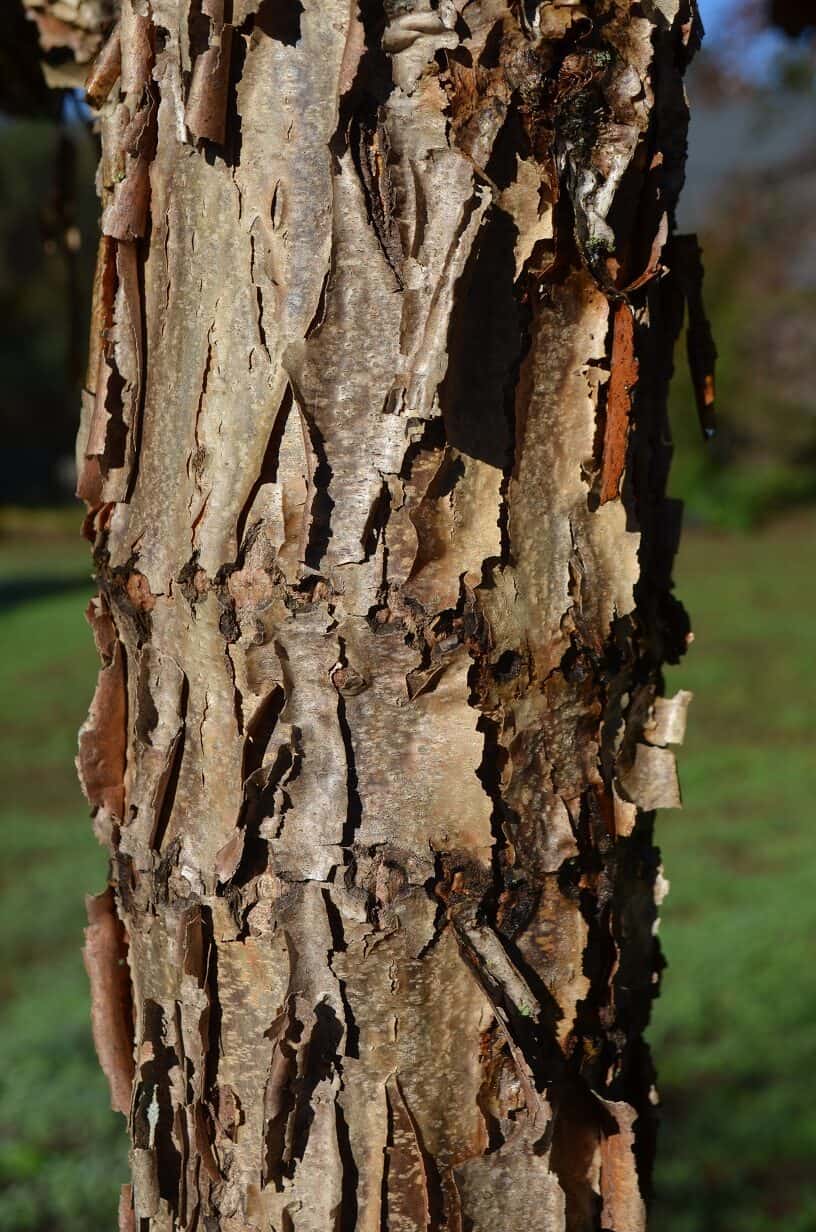 Native to China (also Korea and Manchuria), described as reaching over 80’ (Flora of China), where it occurs in mixed forests at elevations of 1300 to 5600’. In the United States, I noted thriving trees from Minnesota and Maine to the Atlanta area. Under cultivation, any well-drained soil, preferably acid, full sun to partial shade, prove hospitable. Easy to transplant from a container but a 21/2” diameter tree in the Dirr garden took several years before actively growing. A meaningful observation relates to Cornus florida ‘Appalachian Joy’ located next to A. triflorum. The foliage of the dogwood flagged in severe drought; the maple unaffected. 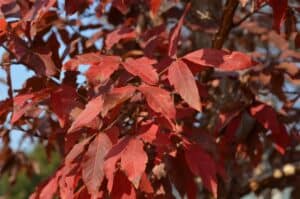 Since all (most) A. triflorum are seed-grown, variation in fall color is to be expected. However, I have never experienced a dud. In 2017, I purchased an own-root selection, Artist Etching ™, with prominent exfoliating bark, from Song Sparrow Nursery. Added to the garden this year, it is fast growing and showing prominent exfoliation as a young pup. Cold, heat, wet, dry, acid, alkaline, like the postal service, the species delivers the fall color. To my knowledge, there are no serious insects or diseases. The nine-year old trees in our garden have never had as much as an aphid.