Without equivocation, the American elm was the dominant street, shade and urban tree species in North America until the introduction of Dutch elm disease. Embedded in its genome (DNA) is the ability to prosper in wet, dry, acid, alkaline, cold and hot environments. Fast growing, easy to transplant, and guaranteed to survive the salvos of urbanization, that is, until a small beetle (several species carry the fungus) and fungus humbled this iconic treasure. I am frequently asked whether it makes sense to plant the American elm. My response is, certainly, but utilize one or more of the DED-resistant cultivars (discussed later). 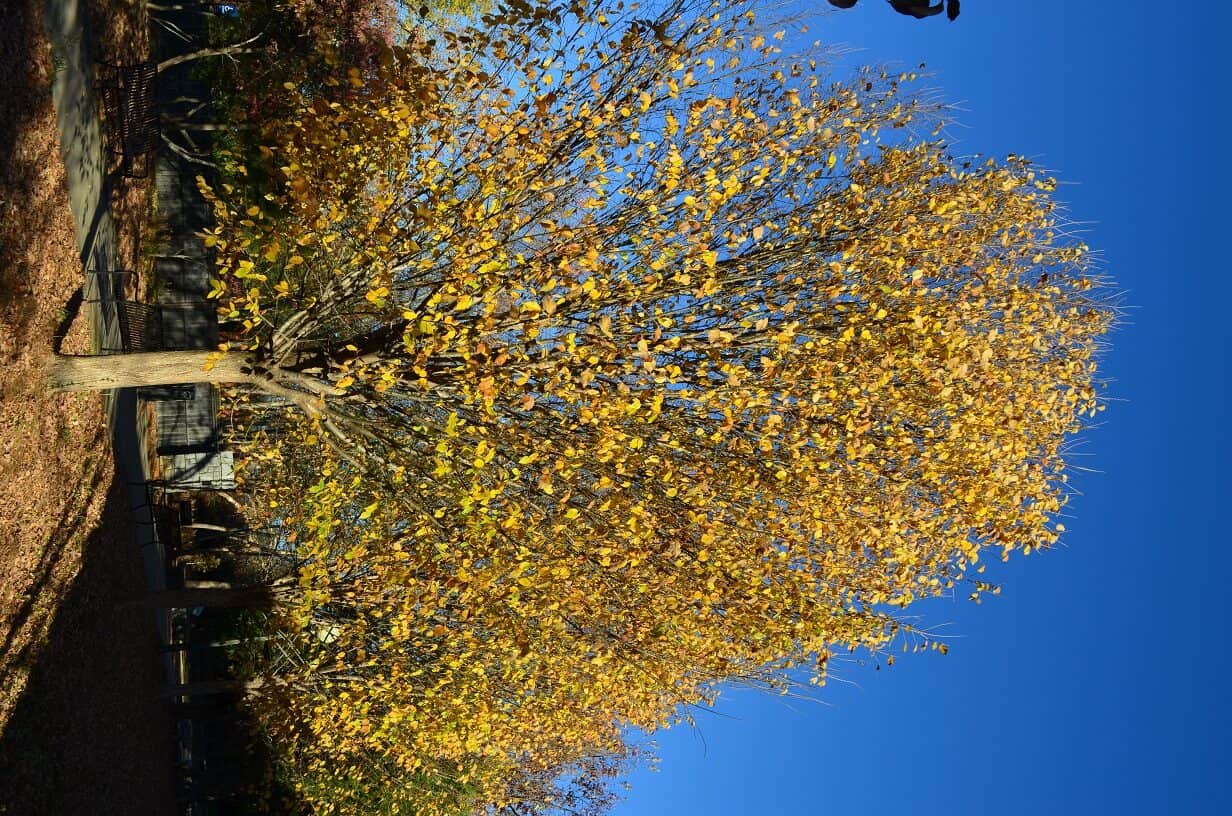 When calamity confronts America in any form, we often discover/invent other strategies to overcome the challenges, in this situation, the disease. Elm breeding and improvement programs at the University of Wisconsin, University of Georgia, Morton Arboretum, Kansas State University, U. S. National Arboretum/USDA and others resulted in a plethora of resistant introductions. The search for resistant genes opened the floodgates to exploration and the introduction of new germplasm. Approximately 18 elm species are distributed from North America, Mexico, Europe, north Africa to Asia. These species offer degrees of resistance to DED and other maladies with Ulmus parvifolia, U. pumila, U. japonica, and U. nikoense among the most resistant.

An encouraging observation as I travel America is the increased planting of American elm, from Minnesota to Georgia, and throughout New England, the latter where ancient noble specimens still reside. As a graduate student at the University of Massachusetts from 1969 to 1972, I watched the demise of the American elm on campus. I am still involved with the University, visit often, walk campus and the town of Amherst. Scattered throughout the town are beautiful remnant trees that survived the disease invasion. On campus proper, a Japanese elm, Ulmus japonica, planted in 1890 is extant and thriving (largest in the US), and bears testimony to the resistance lacking in many American elms. 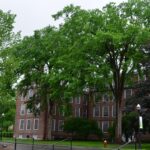 The iconic vase-shaped habit, the outer branches gracefully arching, combine to form the picture-perfect shade tree. Zelkova serrata, Celtis occidentalis, Celtis laevigata, were considered alternatives but I have yet to experience any resembling the best American elm. Zelkova serrata and cultivars were highly touted and planted (still being planted) but seldom impress. I have yet to observe any 70-80’ high Zelkova serrata.

The disease-resistant cultivars discussed herein offer hope for the partial return of the species and should be the first options. Many years past, I was working at Wofford college in Spartanburg, SC. Our group was debating tree species for median plantings. I suggested ‘Princeton’ American elm for the entire project (two different streets). Others wanted Zelkova serrata, so one street was planted with ‘Princeton’; the other Zelkova.  Today, as I view the trees, ‘Princeton’ is the most aesthetic and successful (see photo). 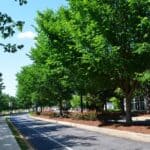 The following descriptions are derived and expanded from the new tree book by Keith Warren and me. Keith worked for Schmidt Nursery, Boring, OR for 40 years and has hands-on experience with all selections mentioned below. All are large trees with estimated mature size at 70’, except for Prairie Expedition®. Tested for DED means the selection survived the controlled inoculation of the fungus. 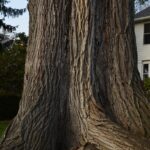 ‘American Liberty’ is a multiclonal series of six introductions with varying degrees of DED resistance. Keith mentioned they are not up to the standards set by the newer cultivars. A clone, ‘Independence’, is probably the best.

Colonial Spirit™ (‘JFS-Prince II’) forms the classic vase-shape. Keith considers this one of the best for form.  Tested for DED. Found in New Jersey.

Creole Queen™ (‘UASNZ’) was discovered near New Orleans. Similar to ‘Princeton’ as a young nursery tree. Not DED tested. I see both trees in a local Georgia nursery and have a difficult time telling them apart. 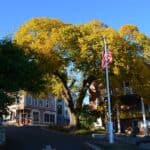 ‘Princeton’ was selected in 1922 and is the most widely planted cultivar. An old specimen at the Arnold Arboretum embodied the graceful form of the species. As a young nursery tree, the branches are so tightly borne, it has the appearance of an inverted corn broom. With age, it opens to the classic form. DED tested and resistant. Occasional infected trees have been found.

‘Washington’ was released by the National Park Service (NPS) but is probably no longer available. Disease tolerant to some degree.

‘Jefferson’ was selected from the Washington Mall by the NPS.  I observed the original tree. Not as elegant as the others.  Good resistance. 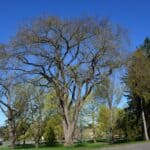 ‘Valley Forge’ is a sister introduction to ‘New Harmony’. Extremely fast growing and requires pruning to shape. Was 26’ high and 30’ wide at 12 years old.  Has the best DED resistance of all the cultivars herein. Introduced in 1995. Zone (4)5 to 9.

The majority of the resistant selections are “survivor seedlings” that persisted after DED swept North America.  ‘Valley Forge’ and ‘New Harmony’ were bred, tested for DED and selected after 20 years of research by USNA. As mentioned, I encounter many trees of like constitution across the country that have never been tested but have survived and prospered. Opportunities exist for new and possibly improved introductions. The next great American elm is out there!