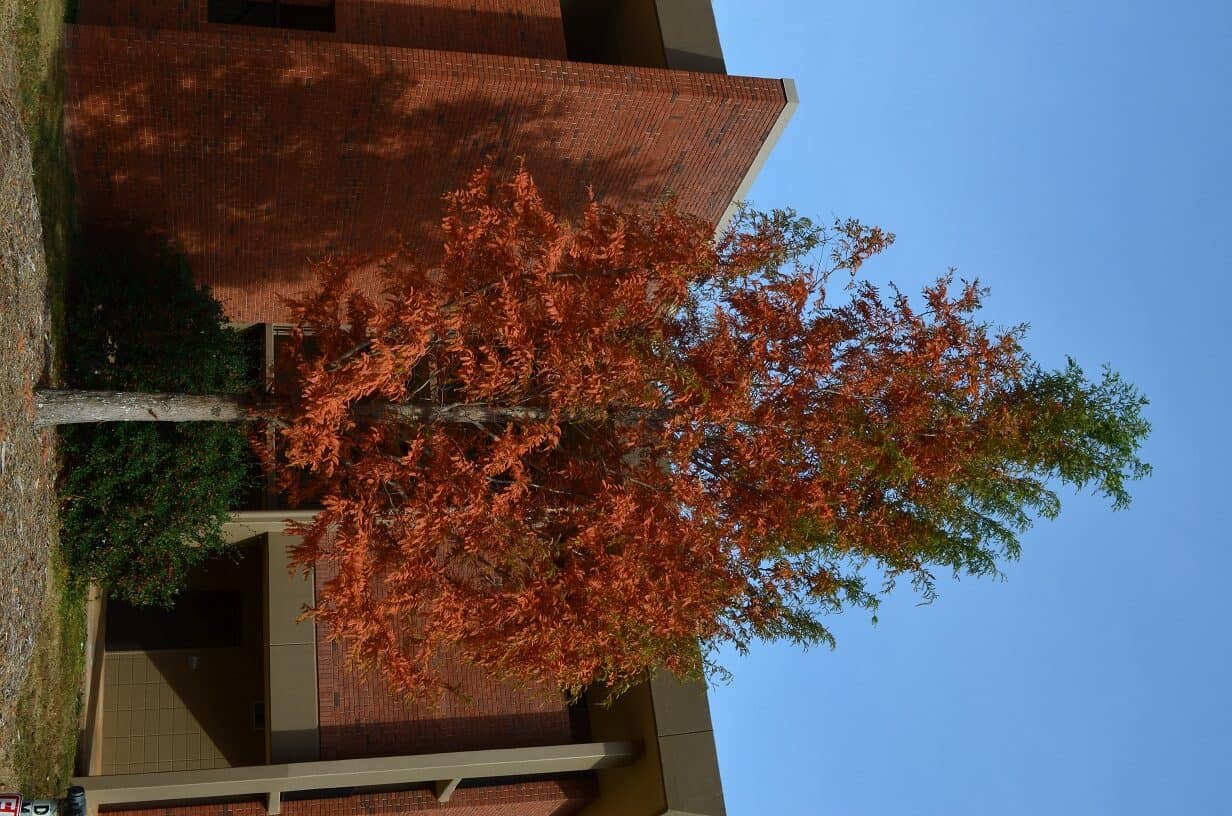 The species, Metasequoia glyptostroboides, was considered extinct until rediscovered in the 1940s in China and reintroduced via the efforts of the Arnold Arboretum, Jamaica Plain, Massachusetts. Seeds and seedlings were distributed to many public gardens and universities with trees now over 100’. Missouri Botanical Garden, St. Louis, houses many of the original seedlings and introduced Shaw’s Legacy™ (‘Peter Raven’, notable because of the denser conical pyramidal habit and darker green needles. This is a large tree, easily 70’ by 30’ at maturity. It was planted in 1952. Considering the narrow gene base (diversity), many unique cultivars have resulted from the original introduction (see cultivars) 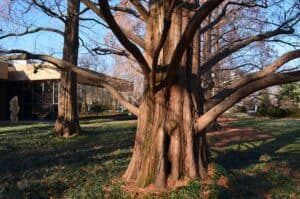 Single specimens, grouping and groves inspire. Excellent tree along streams and in moist soil areas. Extremely tolerant of excess moisture and I observed trees in standing water. Years past, in Boskoop. Netherlands, I observed an entire street planted with Metasequoia. The species is surprisingly well suited to drier soils once established. Growth is fast, easily 2 to 3’ per year, for the first 10 years, if provided reasonable care. Trees are wind-firm and resistant to breakage. I have not observed chlorosis on the species; whereas, T. distichum, develops chlorosis on high ph soils. Hardness is listed at zone 5 to 8, which is reasonably accurate. I noted branch dieback on a tree at the University of Maine, Orono (zone 4).

If there is an Achilles heel to use in contemporary landscapes, it would center on size. However, this is a great asset for parks, campuses, golf courses, and commercial grounds. New, smaller statured cultivars are available which counters the size argument. 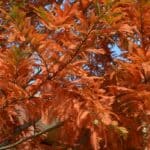 The cones are similar to Sequoia sempervirens, ovoid, egg-shaped, ¾ to 11/4” long, with 14 to 28 scales, maturing in autumn and opening to shed the small, light brown, winged seeds. I have collected cones as they open, harvested seeds, stratified for 30 days, with excellent germination. Seedlings will grow 6’ high in a 3-gallon container in a single season (zone 8). Cuttings can also be rooted to perpetuate desirable traits.

Cultivars of some note which are available in commerce are listed below. This is not an exhaustive list. 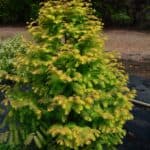 Amberglow™ (Wah-08AG’) is a seedling of ‘Ogon’ with orangish yellow emerging needles, maturing yellow. The habit is dense, compact with estimated size, 15’ by 7 to 8’. I am impressed with the needle color and smaller stature, making it a realistic choice for contemporary gardens.

Jade Prince™ (‘JFS-PN3Legacy’) has cleaner, brighter green foliage than the species. Habit is quite dense in youth, upright-pyramidal in habit, fast growing and shapes up cleanly in the nursery; 70 to 80’ high, 20 to 25’ wide.

‘Jack Frost’, ‘Snow Flurry’, ‘White Spot’, and ‘White Tips’ offer green foliage marked/streaked to various degrees with white. Color is lost as needles mature. Pretty when first emerging. Have only observed small trees but estimates to 60’ high and 20’ wide are given. 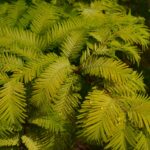 ‘Ogon (‘Gold Rush’) has bright yellow needles, the color retained in the north, zone 5 to 6; reduced in zone 7 to 8. For a yellow foliage tree, growth is quite rapid, with landscape maturity between 30 and 40’. A plant in the Dirr garden is potent until the dog days of July and August, when needles will photo-bleach (become whitish). If kept evenly moist, color is partially retained.