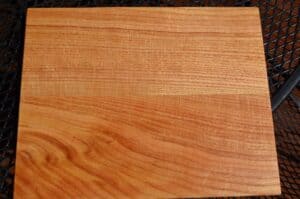 An email arrives from a master wood craftsman in Limerick, Maine. It reads… “have access to a giant log of Kentucky coffeetree but am broke. Could you help?” Indeed, I did, based on the beautiful small table he previously designed and built from bigleaf maple, Acer macrophyllum. Cream-colored wood with birds-eye maple-like pattern; a piece of art. Originally met him at the Fryeburg Fair and the tree men bonded. He crafted a cutting board (see photo) and several other small pieces from the coffeetree. I fell in love with the wood grain and color. Upon first glance, the grain appeared similar to oak. When I asked whether he was sure he purchased coffeetree, the retort was stridently framed to inform me he knew the difference. Currently, he is designing a desk from the wood.

I have known and loved this species since my grade school days in Cincinnati. My aunt owned a farm across the road from our home. In the front garden of her stately brick home was a huge female coffeetree. The huge black pods and stone-hardened seeds were part of my early horticultural education. I see her home and the tree as clearly now as when I collected the fruits and extracted the seeds some 60 years past. 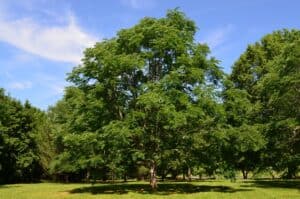 Why nostalgia? It is good for the soul! We sequester memories over a lifetime. Many remain dormant and never surface. However, the coffeetree email opened the floodgate of memories. Allow me to share the qualities of a noble American tree. 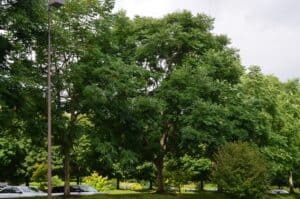 As a whippersnapper (young seedling), the habit is decidedly coarse, unappealing and broomstick-like. The unbranched, thick-stemmed tree, adorned with leaves as large as umbrellas, lacks cache but with size/maturity develops an upright-spreading to rounded habit with bold branches and rough-textured, recurved bark. Trees reach 60 to 70’, usually less in width. The species is terrifically well adapted to extremes of soil including alkaline and high pH and is gaining/currying favor in the American nursery industry with the loss of Fraxinus, ash, and invasive issues with Norway maple, Acer platanoides. There are no serious insect or disease problems. Sufficient genetic plasticity resides in the DNA of the species allowing for clonal selections with improved traits. Modern introductions are male to mitigate the potential for messy fruit which dehisces over a long period. 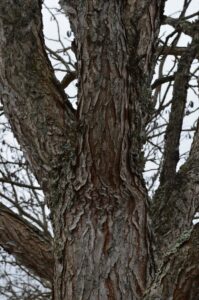 Prairie Titan® (‘J. C. McDaniel’) was growing on the University of Illinois campus where I started my academic career in 1972. I always admired this upright-spreading form with accentuated, tortuous, recurved bark. Estimate 50 to 60’ high, slightly less in spread. A male.

Skinny Latte™ (‘Morton’) originated at the Morton Arboretum, Lisle, Illinois. Develops an upright outline, almost columnar in shape, but slightly wider at the base. Estimate 50’ by 15 to 20’. A male. 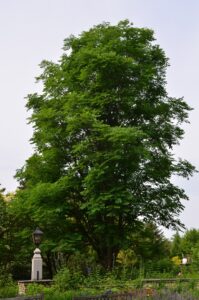 'Stately Manor’ was one of the early male introductions but is slower growing, precluding extensive production. I observed one of the propagules at the University of Minnesota Landscape Arboretum, now 40’ by 30’ (2016), with an almost perfect oval outline. I always considered this clone the standard by which newer introductions should be judged. 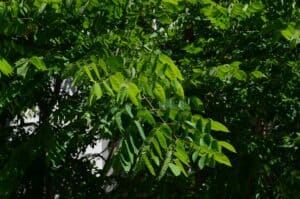 Gymnocladus dioicus is common in the Midwest and I fondly remember numerous trees on the DePauw University Campus, Greencastle, Indiana. The native range extends from New England to southeast South Dakota, then Texas and is noted as occurring in Georgia. I have witnessed green-white foliage, yellow foliage, and dwarf selections. Opportunities for improvements abound as this species has much to offer our North American landscapes. 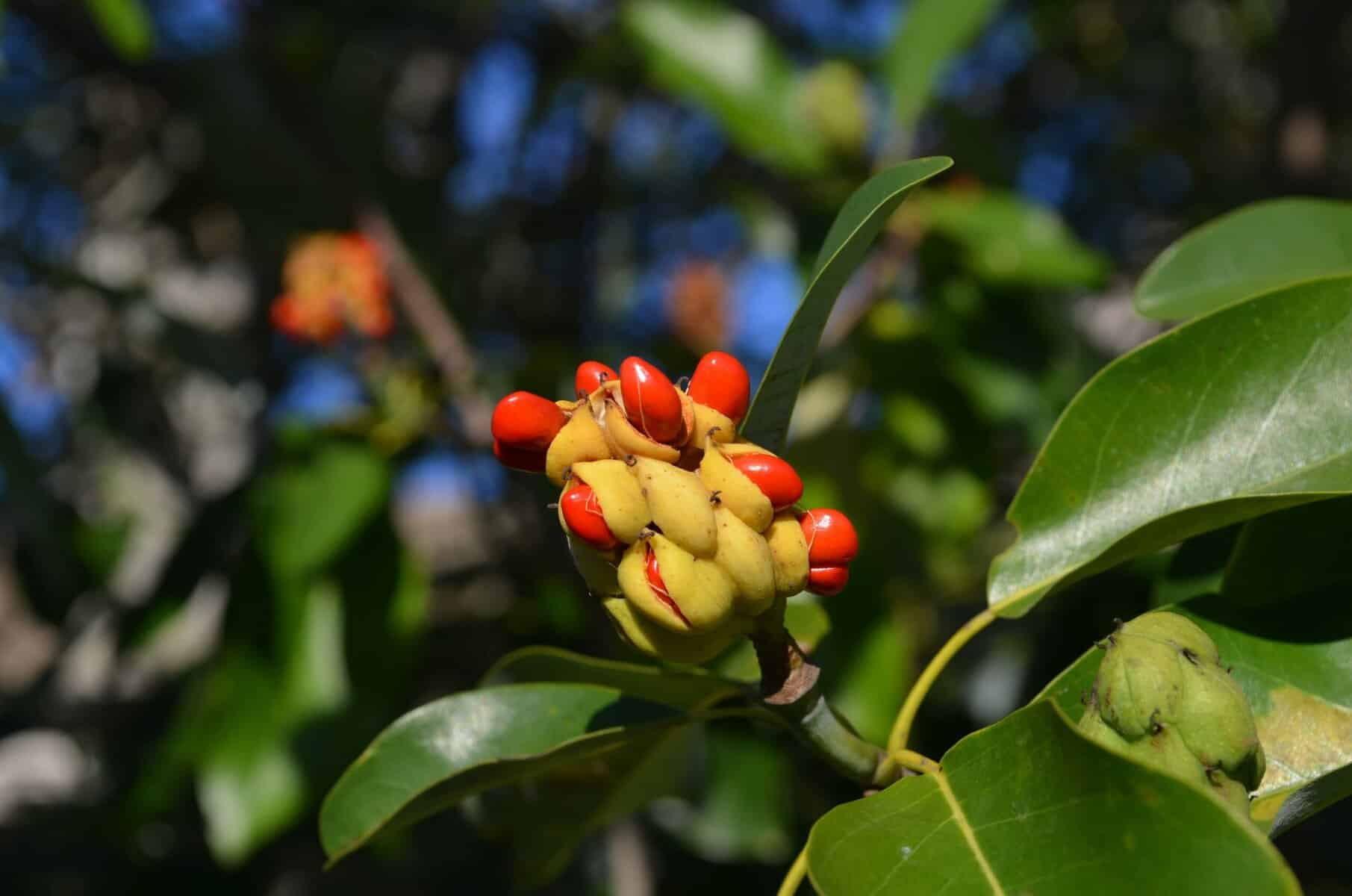